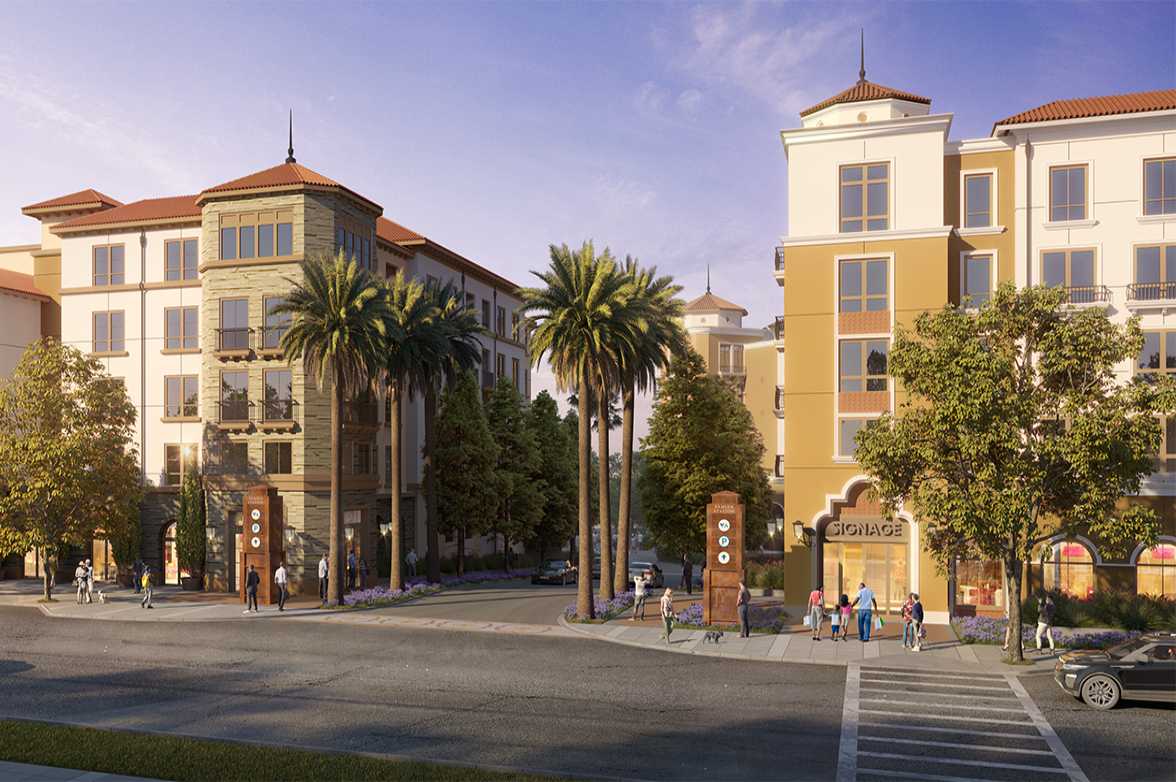 The project site is located within the Tamien Station Specific Plan area that was created by the city to direct growth to transit-oriented, mixed-use settings to support implementation of the General Plan’s environmental goals. Tamien Station is served by the Santa Clara Transportation Authority light rail system, two bus routes, and the Caltrain commuter line. It is also one stop away from the Diridon Station area in San Jose’s downtown that is planned to be the future Google Village, a massive transit-oriented project that will include six to eight million square feet of offices and is expected to create up to 20,000 jobs.

The residential component will consist of three stand-alone buildings. Two buildings will include 434 market-rate units, while the third building located adjacent to the future public park will include 135 affordable units. The plan is to maximize the intensity of the development building to the maximum height limit of 65-feet and to increase the overall project density during PD Zoning by adding additional units. The commercial space will be approximately 3,000 square feet.

*All projects for development are expressed at original cost and do not represent fair market value.