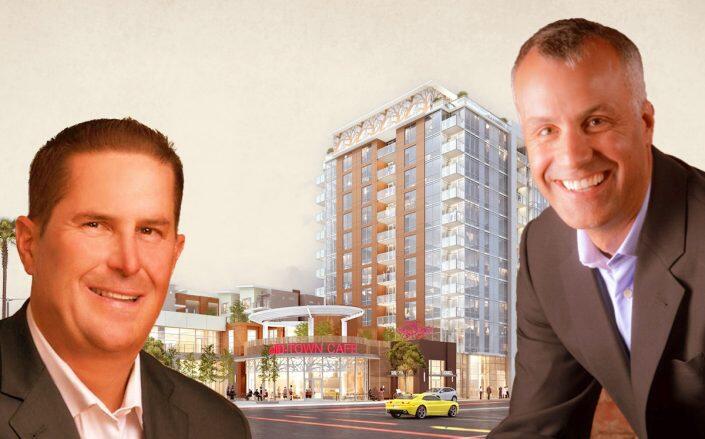 A joint venture has won approval to build a 263-unit apartment complex in Midtown San Jose, not far from a proposed Google transit village.

The proposed development requires a construction loan, developers say. The goal is to start construction next year.

The VTA sold the land for each phase of the development to the real estate venture. The final installment could rise a few blocks from the Downtown West neighborhood Google intends to build around the Diridon Light Rail Station.

“We were able to work with VTA to maximize the potential of this site and convert a portion of it from bare, underutilized land to much-needed housing close to transit,” Case Swenson, president of Swenson, told the newspaper.

The final phase was to include a 14-story highrise, which was redesigned at a lower height.

A rendering depicts a rectangular tower broken up by various balconies, in white with caramel colored accents, with an adjacent two-story retail complex.

If the three residential projects draw tenants and foot traffic, they could help create a more lively corridor along West San Carlos Street, between downtown San Jose and two mega malls to the west, Westfield Valley Fair and Santana Row.

“This will help to revitalize this area,” said Michael Van Every, president and managing partner with Republic Urban Properties. “This third phase of the development is the final major piece that fulfills the vision for the Midtown area.”