This New DC Apartment Building Is Renting Out a $20,000-a-Month Penthouse 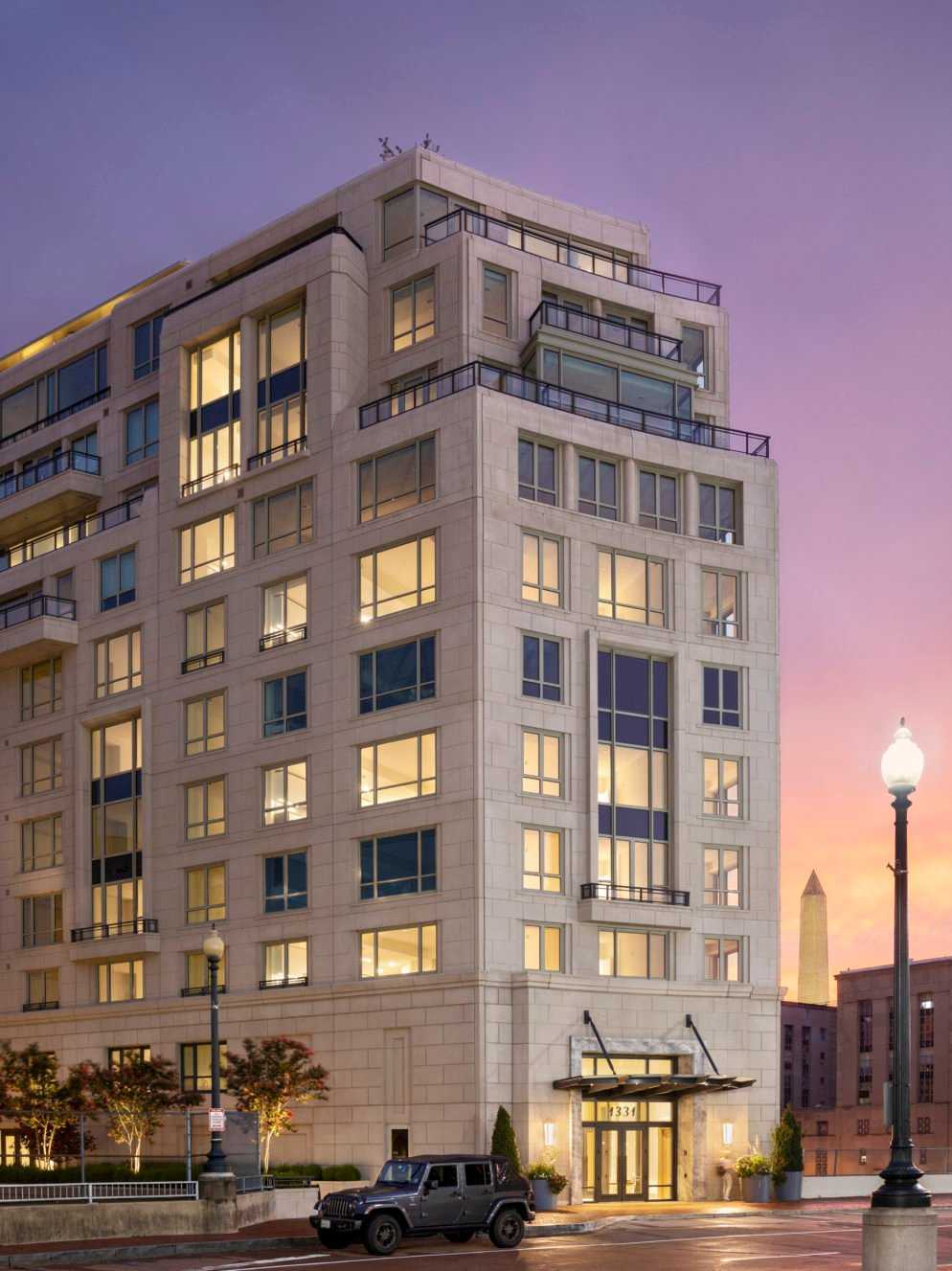 Even during a pandemic, 1331 Maryland is offering one of the most expensive rentals in Washington.

Cranes lording over luxury apartment construction have been a common sight in the District for years. And with every new building that’s opened, the rents have seemed to climb higher and higher. That is, until Covid-19 hit. The pandemic has led to increased vacancy rates and lower rents across the city. After all, huge buildings filled with strangers touching the same elevator buttons are a tougher sell during a public health crisis.

Even so, one of Washington’s newest luxe apartment communities, 1331 Maryland, is attempting to buck the trend. The 14-story building that recently opened near the Southwest waterfront has 12 penthouse apartments—one of which leases for $20,000 a month. It may well be the priciest rental unit in the whole city.

The building’s developer says he’s confident that the kind of person who would shell out $20,000 for a penthouse in normal times is still going to do so in a pandemic. “The individuals that are going to be leasing our very expensive units have the good fortune, or have earned the good fortune, of not being as concerned with the momentary economic situation,” says Steven Grigg, president and CEO of Republic Properties Corporation. The company would not share how many of the penthouses have been rented so far. Of 1331 Maryland’s 373 total units, Grigg says about half are leased.

Going into the project, he says he knew it would take a while to lease the most expensive apartments. But because of coronavirus, he says it might actually be harder to find renters for the units that cost $2,000 to $5,000 per month. “[Covid] has had an effect on the middle market units and the upper market units that are below that [ultra high-end] tier, because those individuals are more tied to the current economic situation,” says Grigg.

DC’s rental market has been especially affected in Southwest, which is home to 1331 Maryland, according to real estate research group Delta Associates. Its second quarter report shows that luxury buildings there were discounting rents by an average of 5.7 percent, due to a 7.7 percent vacancy rate (up from a vacancy rate of less than 5 percent in 2019).

At 1331 Maryland, one-bedroom apartments on lower floors start at about $2,400 a month—which is in line with other high-end buildings. It has 80 units designated as “Sky Suites,” which are located on the top four floors and start around $3,450 for a one-bedroom. Twelve of those are designated as penthouses, which start at around $4,000 for a one-bedroom, and go up to $20,000 for the three-bedroom with a den. For that price, you’ll get perks like private elevator access, quartz countertops, nine-foot ceilings, Italian wood cabinets, and Thermador appliances.

All residents, regardless of what floor they live on, get access to swanky communal amenities, such as a pet spa and dog park, an infinity pool, a concierge, an on-site medical service that gives flu shots, a 4,000 square-foot fitness center with a fleet of Pelotons, rooftop views of the Washington Monument and Potomac, and access to the nearby Mandarin Oriental hotel’s spa and restaurants. (And the building isn’t charging an amenity fee during the pandemic.)

Instead of fixating on lease-up, Grigg says his team is instead focusing on maintaining the health of residents and employees by ramping up cleaning protocols and reducing capacity in common areas. “I think, yes, we would prefer that it leased up faster,” he says. “It would have leased up a lot faster if we didn’t have a Covid situation, but that’s something we’ve come to accept. It’s just the reality of where we are right now.”