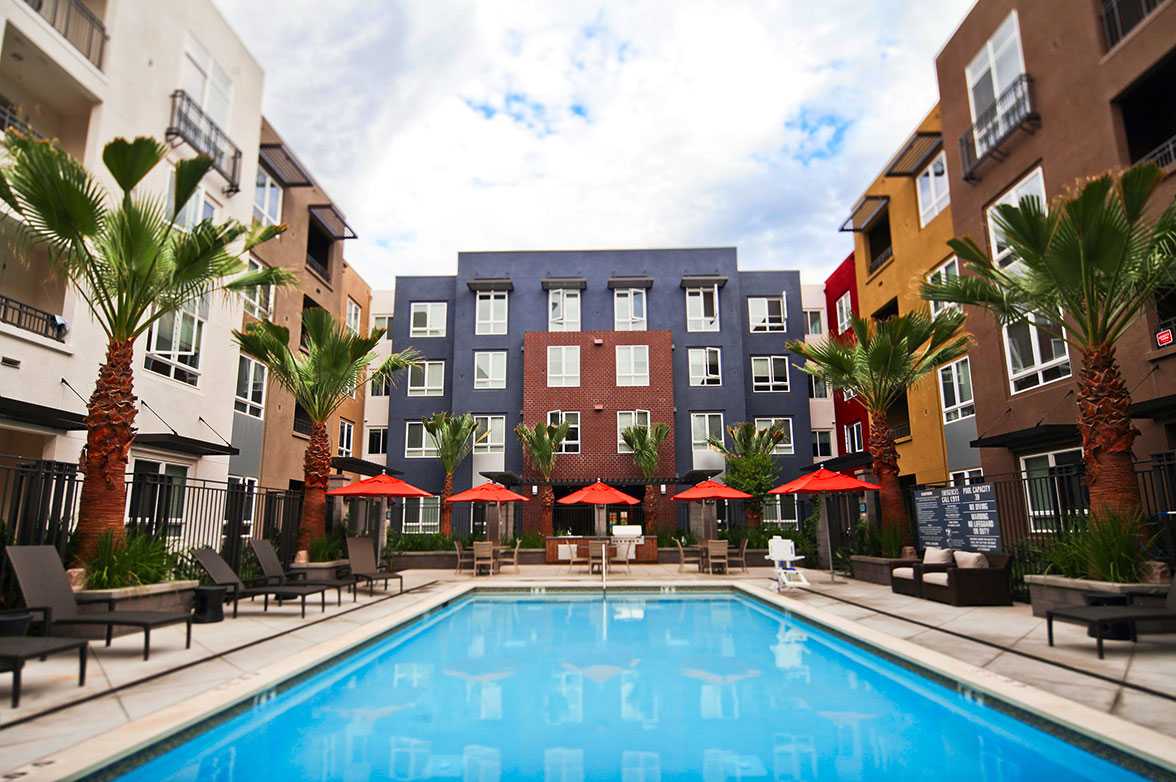 SAN JOSE — A major real estate investor, amid ongoing interest by tech companies such as Google and Adobe Systems in San Jose’s urban core, has scooped up a large apartment complex between the city’s downtown and its retailing mega hub.

The 218-unit residential complex is in the Midtown section of the city, which links downtown San Jose with the booming retail centers of Santana Row and Westfield Valley Fair and the Apple campuses further west.

The seller was Republic Urban Properties, the developer of the apartments, which opened in 2014, according to Michael Van Every, president and chief executive officer of San Jose-based Republic Urban.

“Midtown is one of the most important neighborhoods in San Jose, especially with what the city is trying to achieve with Google and its investments in downtown San Jose,” Van Every said Thursday.

The apartment complex drew purchasing interest in part because the Midtown district is poised to prosper from the wide-ranging changes expected to follow Google’s proposed transit village near the Diridon train station downtown.

Mountain View-based Google has proposed a transit-oriented community of office buildings, residences, shops, restaurants and open spaces in downtown San Jose where the search giant would employ 15,000 to 20,000 workers.

“Meridian at Midtown’s central location is within a mile of Google’s proposed campus and the Diridon Station development, which will dramatically shift the core of downtown San Jose closer to Midtown,” said Scott Bales, a managing director with HFF, a commercial realty brokerage that arranged the Midtown deal.

San Mateo-based Essex Property Trust, over the 12 months that ended in June, earned $374.7 million on revenue of $1.44 billion, according to the Yahoo Finance site. This sort of major investment by a big player such as Essex suggests that investors remain bullish about this section of the Bay Area.

Plus, Essex appears confident enough in its investment that it also agreed to assume the responsibility to repay mortgages on the property that Republic Urban undertook. The mortgage debt that Essex is taking over totals $70.1 million, county documents show.

“This is a real gateway to the downtown and it connects to Santana Row, Valley Fair and Apple,” said Van Every, who said he began working on putting together a development plan for the apartments as early as 2004. Van Every led a group that bought the site for the future apartments in 2010. Construction began in 2012.

The occupancy rate for the apartments is held steadily above 90 percent and the ground-floor retailers also are doing well, Van Every said.

Realty brokers believe the Meridian complex should produce plenty of upside in the rents.

“The property should continue to experience tremendous rent growth far into the future,” HFF’s Bale said.