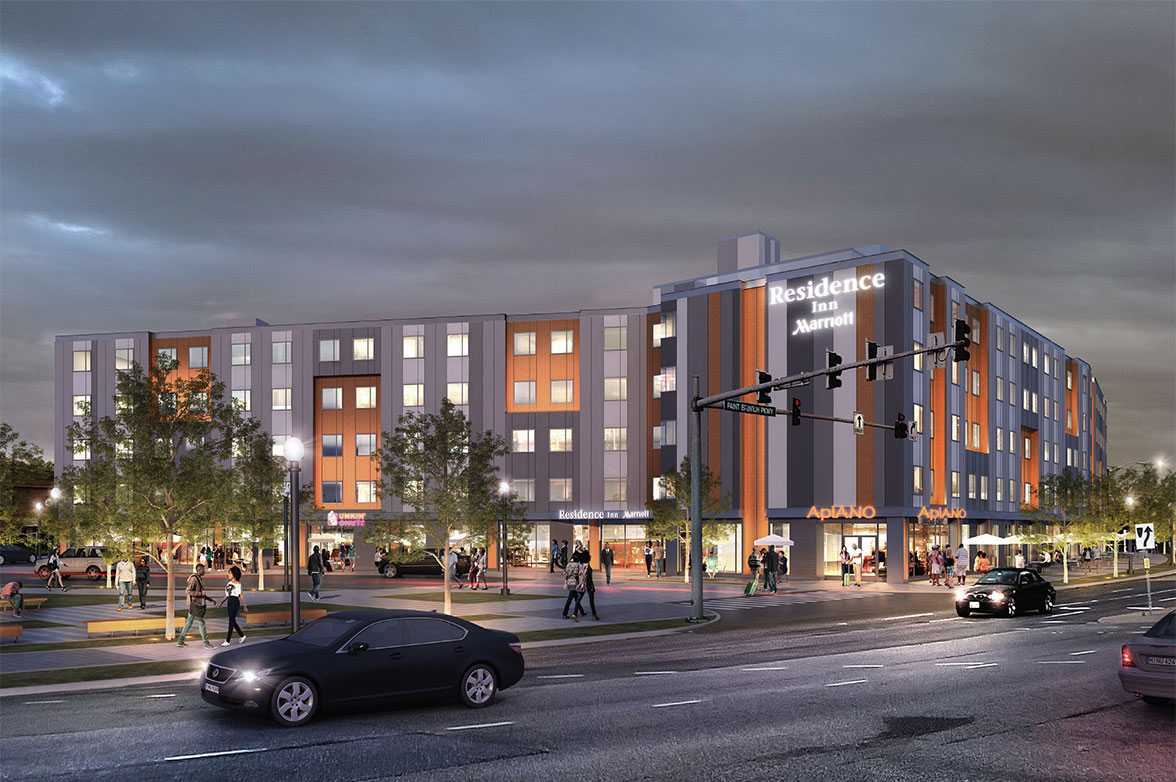 College Park's hotel scene grew exponentially during the tail end of the last decade and it appears poised to continue that growth into the next.

The latest? A new Marriott Residence Inn, Republic Properties Corp. has proposed for the intersection of Campus Drive and Corporal Frank Scott Drive, near the College Park Metro station. The D.C. developer has proposed a 160-room hotel with approximately 8,000 square feet of retail for this location within College Park's Discovery District.

The project budget is $45 million.

The 115,396-square-foot hotel would sit on 2.11 acres near the College Park Airport and across from UMd.'s tennis facility. The hotel will include amenity spaces for food and beverage service, as well as meeting spaces. Republic Properties says the retail will help make up for the lack of nearby food options.

The project is before the Prince George's County Planning Board, whose staff recommended approval of the preliminary plan. The board will vote on whether or not to approve the project during an upcoming Jan. 23 meeting.

Republic Properties is in the design and budget phase of the development. The company expects construction to start sometime this year with completion by mid-2022. The Residence Inn will join a swath of new amenities in the Discovery District; developer Scott Plank recently opened the neighborhood's first food hall, The Hall CP, there near a WeWork coworking space he also developed.

It will be the third Marriott-branded (NASDAQ: MAR) hotel in College Park proper; the campus has the College Park Marriott Hotel and Conference Center, and there is a TownePlace Suites,

Vienna developer Southern Management and Rockville's Choice Hotels International Inc. (NYSE: CHH) opened the Cambria Hotel College Park in October 2018, giving visitors another option in the region. Southern was also the developer behind the Hotel at the University of Maryland, which delivered in 2017 and at the time was the College Park's first full-service hotel to open since the College Park Marriott, which opened in 1963.