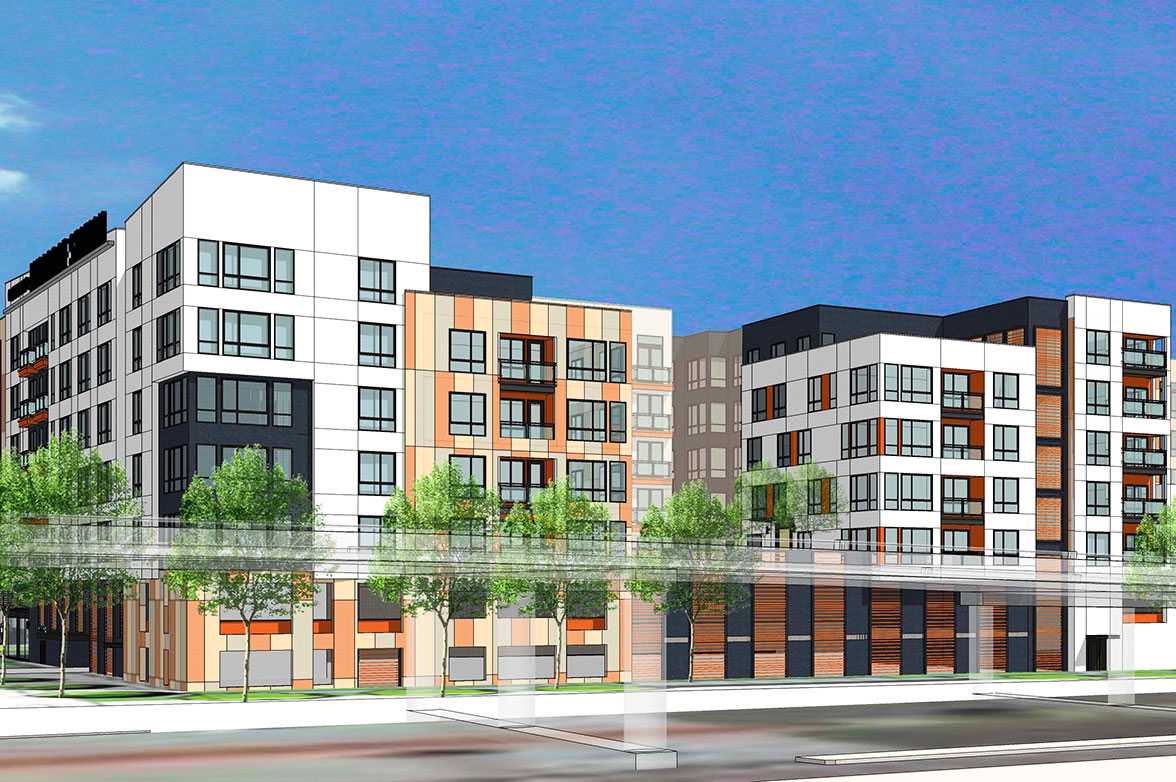 Millbrae officials inched closer to putting the finishing touches on a sweeping mixed-use development proposed on BART property adjacent to the city’s train station, but more detailed work remains ahead.

The Millbrae City Council approved during a Tuesday, April 2, meeting many art features, sign designs and other specifics for the Gateway at Millbrae Station development proposed at the city’s joint BART and Caltrain stop.

The decision adds to a growing list of ratifications for the sweeping residential, commercial project proposed by Republic Urban Properties, yet concerns still linger — particularly regarding a proposed hotel design.

Councilmembers shared some views on the preliminary hotel plans during the meeting, but stopped short of diving too deep into their review at the request of city officials who wish to further revise the proposal with the developer.

In the wake of a heated discussion regarding the hotel design late last month, City Manager Tom Williams asked councilmembers to grant one more month for the developer to finalize their plans for the proposed Residence Inn.

He said allowing the additional time to craft a unique and compelling look is necessary, considering the hotel’s prominent placement near the intersection of Millbrae Avenue and El Camino Real.

“It is the gateway, so we need to do the best we possibly can,” said Williams, who committed city officials to collaborating with the hotel architect before returning before councilmembers with updated plans in early May.

Councilwoman Gina Papan, who has been the harshest critic of the project, agreed more work is necessary to upgrade the plans which she curently considered inadequate.

“I don’t think this gets there by any means and this is the one aspect we need to take time to get it right,” said Papan, of the preliminary renderings offered by the architect.

Beyond the hotel designs, officials agreed more work is necessary before approving details such as project landscaping, monument features and additional public art specifics, including which animal statue should accompany a water fountain fixture.

While certain elements require additional focus from officials, the project appears to be nearing the finish line — especially in the wake of councilmembers narrowly approving the architecture and design of every building except the hotel late last month.

The design approvals are the last threshold to clear in advance of consent for breaking ground on the project comprised of four buildings that are four to seven stories tall. One residential building features 300 market rate units and 20 units affordable to moderate-income people, plus 13,749 square feet of ground floor retail. The other residential building consists of 80 affordable units reserved for veterans. Another building has 151,583 square feet of offices and 22,534 square feet of ground floor retail and the hotel offers 164 rooms.

The development, which is slated to replace parking on BART property, is adjacent to the Serra Station project, which entails 444 residential units, approximately 290,000 square feet of office space and about 35,000 square feet of retail space. The Serra Station development is also in the design review process, and should return before officials for further deliberation soon.

Regarding the Gateway at Millbrae Station project, Papan said she supports city officials work alongside developers to further refine some of the undecided details.

“We are OK with them working with staff to get us there,” she said.

While for his part, Republic Urban executive Kelly Erardi shared his optimism that the development could be rounding a final turn toward approval.

“There are a lot of parts here that we already have and we will work with your staff on areas that need a little more work,” he said.